South Bay Connect would relocate Capitol Corridor passenger rail service between the Oakland Coliseum and Newark from the current route on the Union Pacific Railroad (UP) Niles Subdivision line to the UP Coast Subdivision line.

The new connections and rail improvements are part of a bold vision for the future rail network highlighted within the 2018 California State Rail Plan which includes improving service and transit connectivity between Oakland and San Jose in the near-term and establishing an East Bay hub station to allow north-south and east-west connections across the Dumbarton corridor in the long-term. The South Bay Connect project is a feasible near-term improvement that will be an initial step in creating an integrated and connected rail transit network. 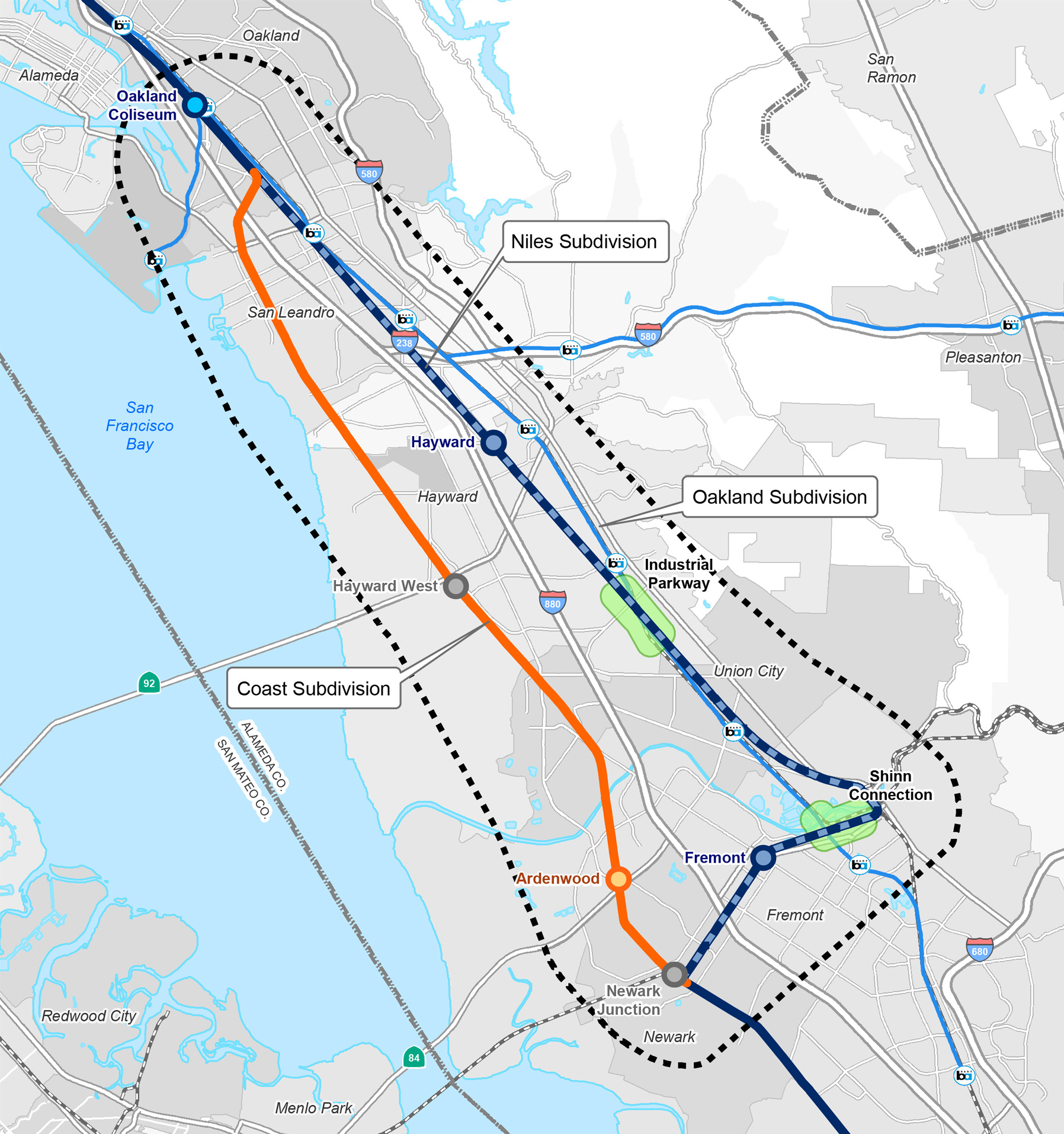 Within the East Bay project area, there are three rail lines running north/south and two running east/west. The rail lines, owned by Union Pacific Railroad (UP), are utilized for freight rail and three passenger rail services [Capitol Corridor, Altamont Corridor Express (ACE) and Amtrak Coast Starlight. Due to existing railroad infrastructure, the majority of freight and passenger rail trains must travel out of direction before heading to their desired destinations (Central Valley for freight trains and Silicon Valley for Capitol Corridor trains).

UP freight trains routing to the east towards Stockton must first head west from Oakland along the Coast Subdivision line, before turning east in Newark to cross Centerville heading to Niles Canyon. Capitol Corridor trains headed to San Jose from Oakland must travel on the Niles Subdivision line crossing Centerville to Newark before turning south on the Coast Subdivision line. Altamont Corridor Express (ACE) service also crosses Centerville, making it a highly congested corridor with several at-grade crossings within Central Fremont and impacting local traffic.

South Bay Connect will create a more direct route for Capitol Corridor trains between Oakland and San Jose, eliminating Capitol Corridor’s need to cross Centerville. UP freight trains will be able to travel east more directly through new railroad infrastructure connections along the Niles Subdivision and near Niles Canyon. These new routes will increase efficiency, minimize train congestion and facilitate the separation of freight and passenger rail service which can support more efficient operations of freight and passenger rail services in the future.

CCJPA is working closely with Union Pacific (UP) to identify railroad improvements within the project area on the Coast Subdivision line to bring it up to the Federal Railroad Administrations Class 5 standards. Railroad upgrades will also be included on the Niles and Oakland Subdivision lines to allow UP freight trains going to Central Valley to travel a more direct route south on the Niles Subdivision line, shifting east via a new freight rail connection near Niles Junction in the Shinn area. Rail improvements as part of South Bay Connect may include:

South Bay Connect can provide many benefits to Capitol Corridor travelers, the Northern California megaregional economy, and the environment, including:

Reduce passenger rail travel time between Oakland and San Jose and throughout the larger megaregion to increase ridership on transit, ease congestion on the Bay Area’s stressed roadways, and reduce lengthy auto commutes.

Support economic vitality by permitting enhanced rail movement and the preservation of freight rail capacity in the Northern California market through the reduction of conflicts between freight rail operations and passenger rail service.

Promote environmental sustainability by reducing greenhouse gas emissions as a result of potential transit ridership increase due to offering a shorter, more direct travel option with new transbay connections. A shift from cars to transit could lower vehicle miles traveled on area freeways and reduce emissions.

Key technical milestones have been identified and represent opportunities for public engagement to share information and seek timely input into the planning process and project components.

South Bay Connect is entering the environmental phase, which means that the proposed new service route and station alternatives will be analyzed for potential environmental impacts as required by the California Environmental Quality Act (CEQA). This environmental analysis will look at a wide range of resource areas to identify potential impacts and establish clear mitigations prior to approval to move the project forward. The CEQA lead agency is the CCJPA.

Explore the steps of the CEQA Process below and expand each section to learn more. A star icon () indicates the steps of the process that are currently underway. Please note: While the interested public will be engaged throughout the CEQA process, the yellow highlighted steps represent the formal Public Comment Periods.

7Preparation of Response to Comments

Key activities during environmental planning include close coordination with regulatory agencies including, but not limited to: 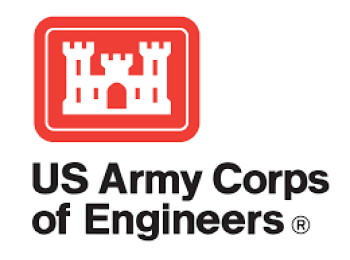 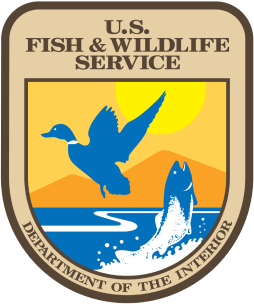 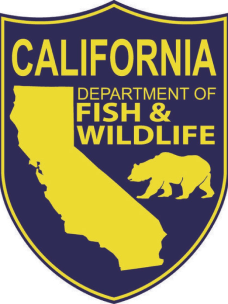 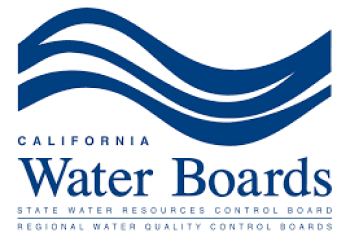 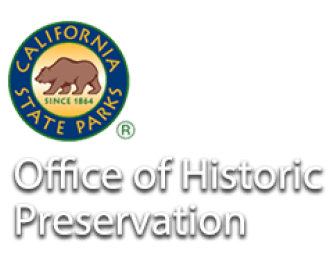 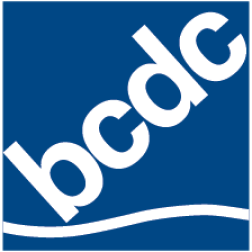 As part of the South Bay Connect analysis, potential station locations along the new Capitol Corridor route were identified and examined as feasible options. Station locations included Ardenwood, Hayward and Newark Junction. Each station was evaluated against four categories to identify the most feasible location including: Capitol Program Benefits, Environmental, Design Feasibility, and Station Area. 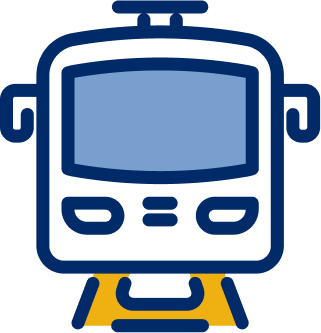 Increase ridership based on system and efficiency improvements

Coordinate and integrate with state rail and transit operations 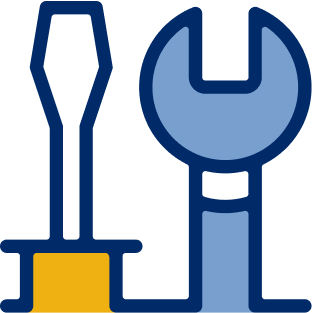 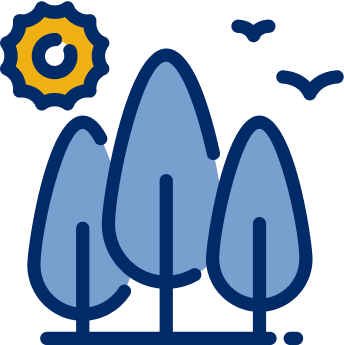 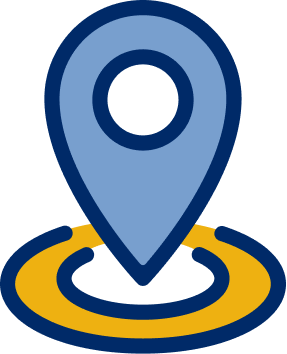 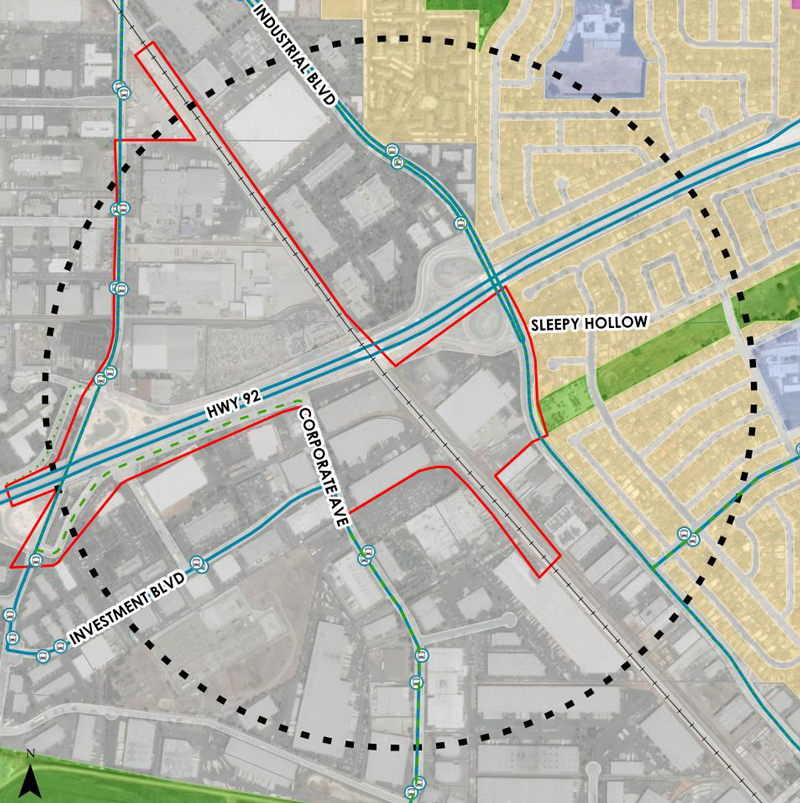 The Hayward Station study area is located at the State Route 92 overpass of the coast Subdivision line. Areas to the east and west of the study area are almost entirely industrial with residential areas residing about a quarter-mile east of the track. While there are no existing transbay bus or shuttle services within the study area, these transit services do cross over State Route 92 during peak commute hours.

Multiple station locations within the study area were analyzed, however the space required for a station does not accommodate one located adjacent to the freeway which provides the best transfer potential for riders connecting between Capitol Corridor and the Peninsula. A parcel approximately ½ mile from State Route 92 and the Coast Subdivision line could be a suitable option to consider in the future.
× 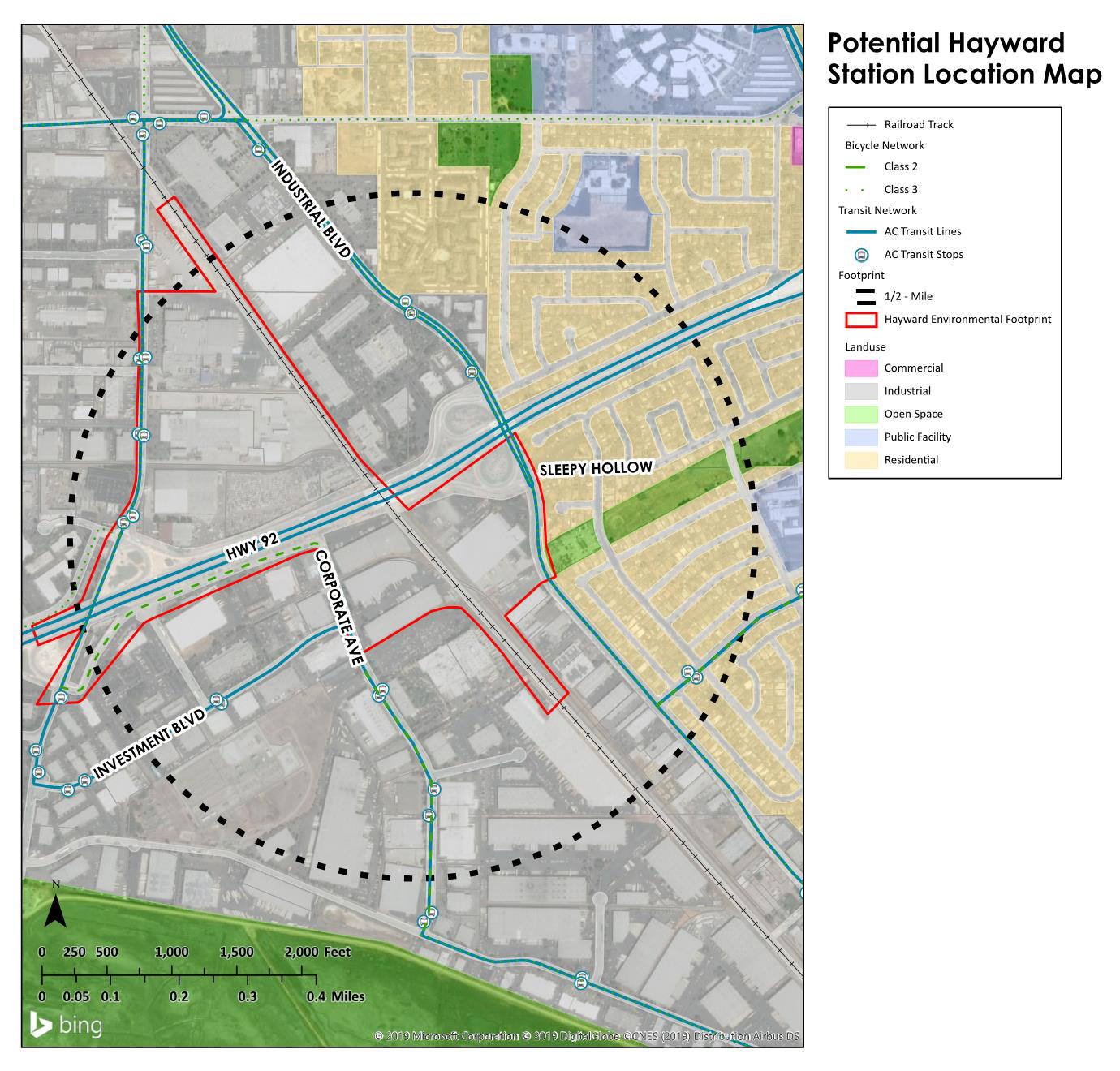 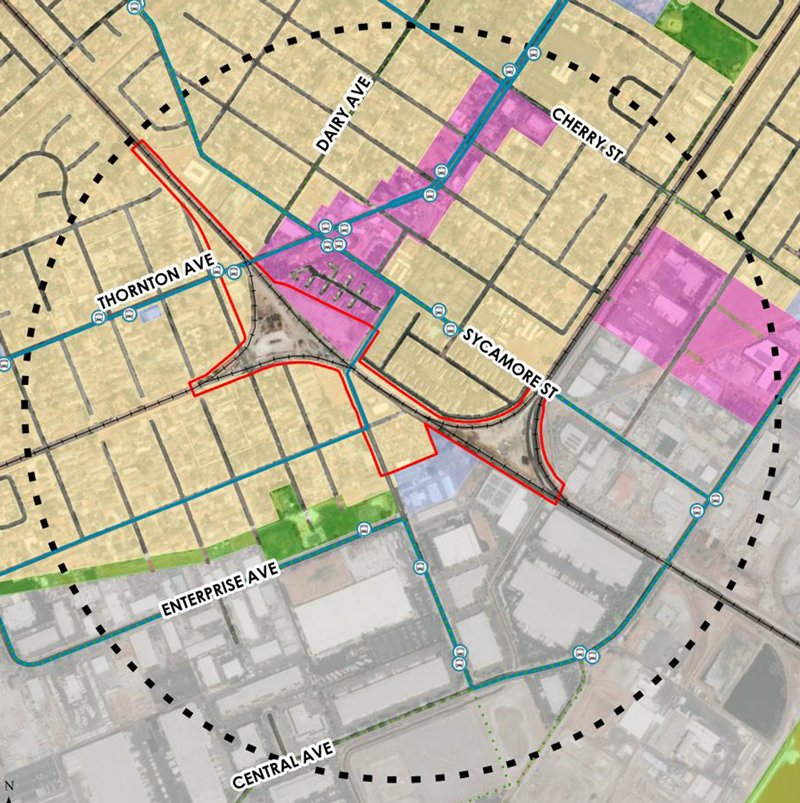 The Newark Station study area is located where the Dumbarton Rail Corridor connects with the Coast Subdivision and Centerville lines. The north end of the study area is predominantly residential and the south end has mostly industrial use. A station at this location would require re-alignment of existing tracks, and rail configurations and limited right-of-way space is a challenge.
× 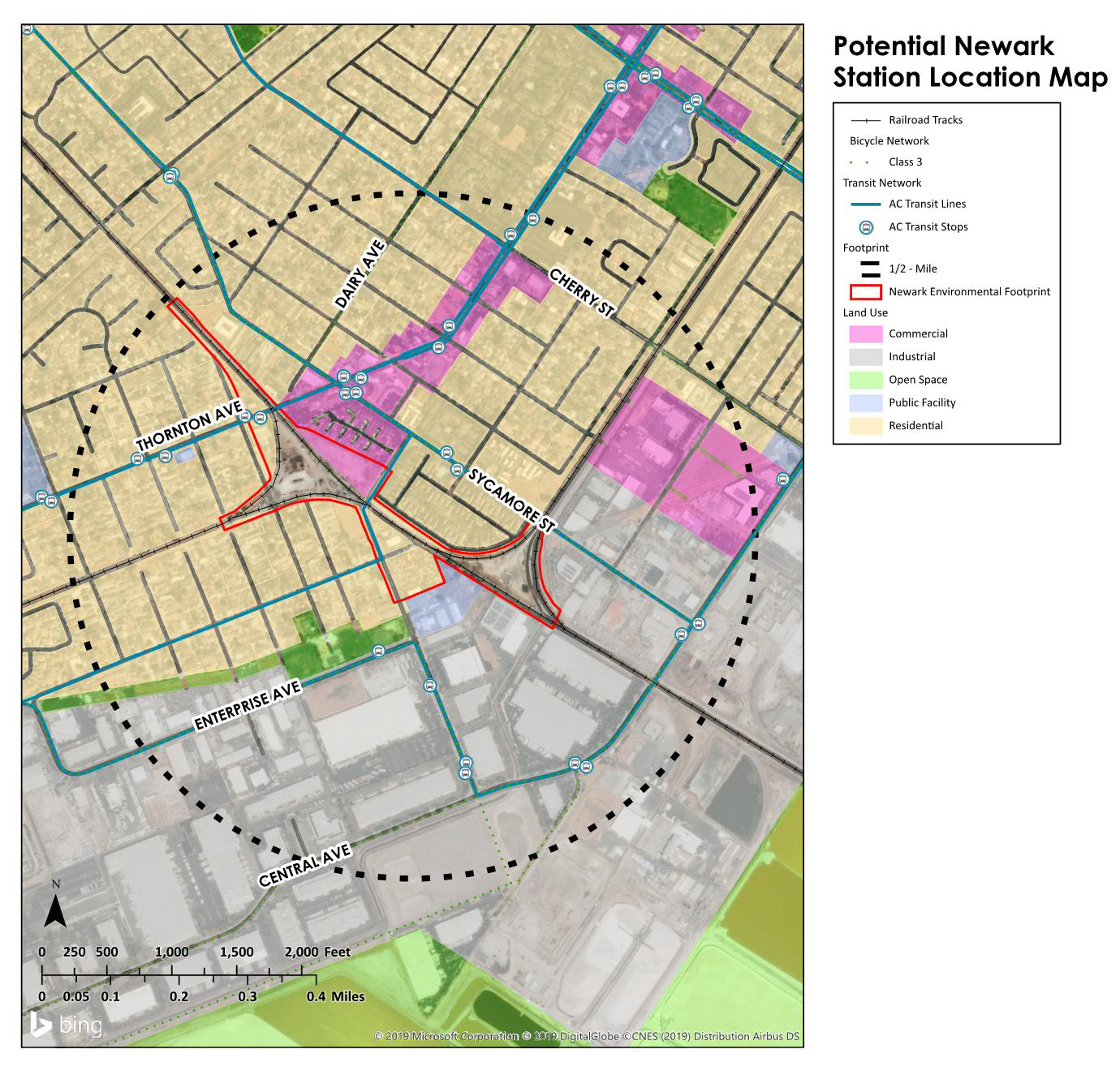 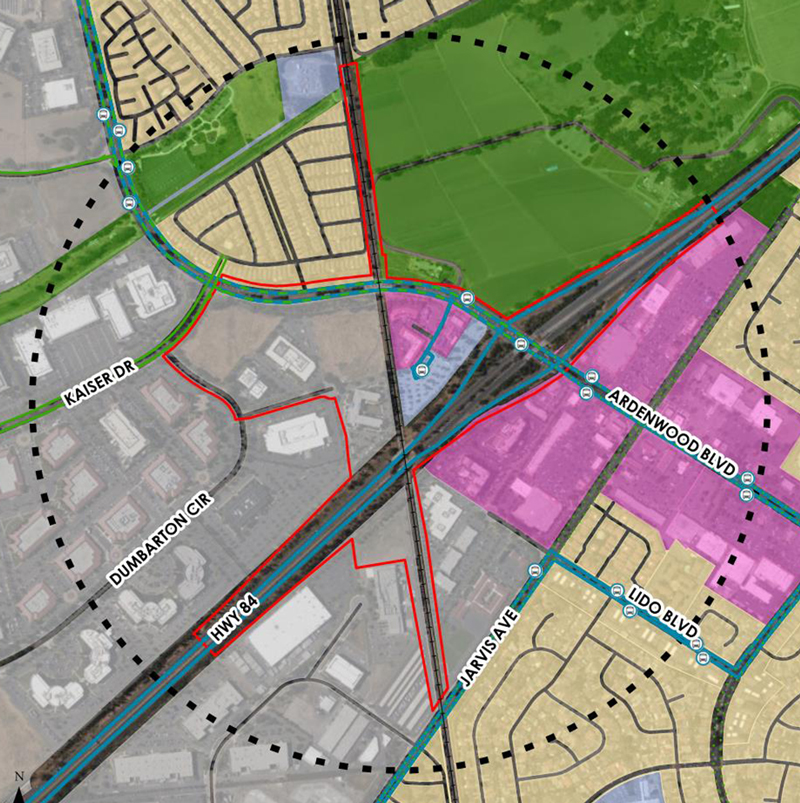 The Ardenwood Station study area is located where State Route 84 passes over the Coast Subdivision line on the border between the cities of Fremont and Newark. There is an existing Park & Ride lot that serves bus and shuttle service across the bay to the Peninsula currently. The nearest residential to this station area is approximately a quarter-mile away, however there is an existing business park adjacent to this location with thousands of jobs. In addition within a short distance of this station there are multiple rezoning plans that will bring over 30,000 more jobs with existing large tech and auto industry leaders already leasing space to the west of this Station study area with plans to continue employment campus growth nearby within the City of Fremont. This high employment growth area located adjacent to a future multi-modal rail station provides direct connection between jobs and homes.
× 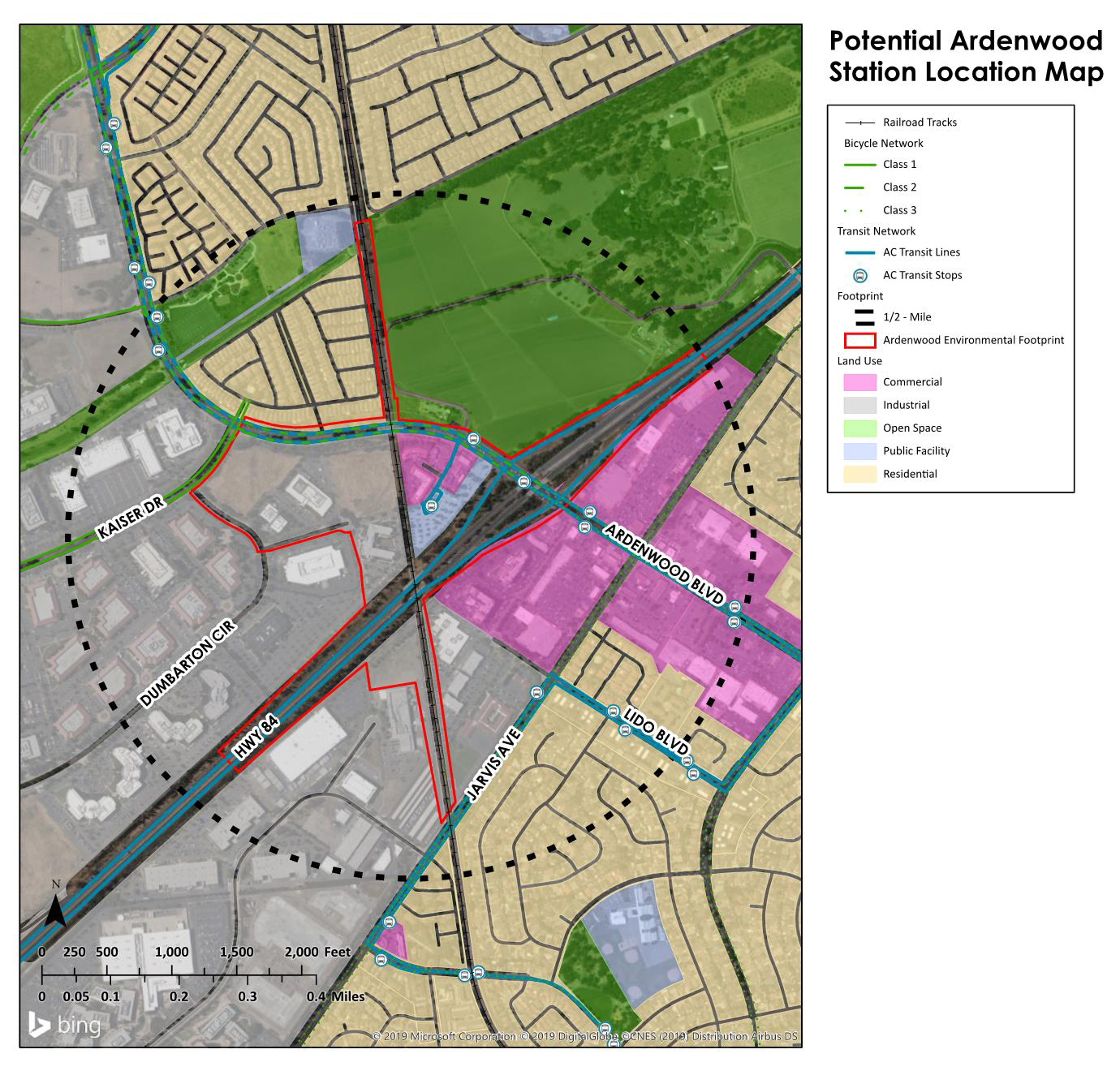 The South Bay Connect Project is anticipated to reduce greenhouse gas emissions and improve air quality by eliminating 289,390 metric tons of carbon dioxide emissions over 50 years. This projection is based on a 2% annual ridership increase over 50 years. Increased ridership projections are based on three key factors: 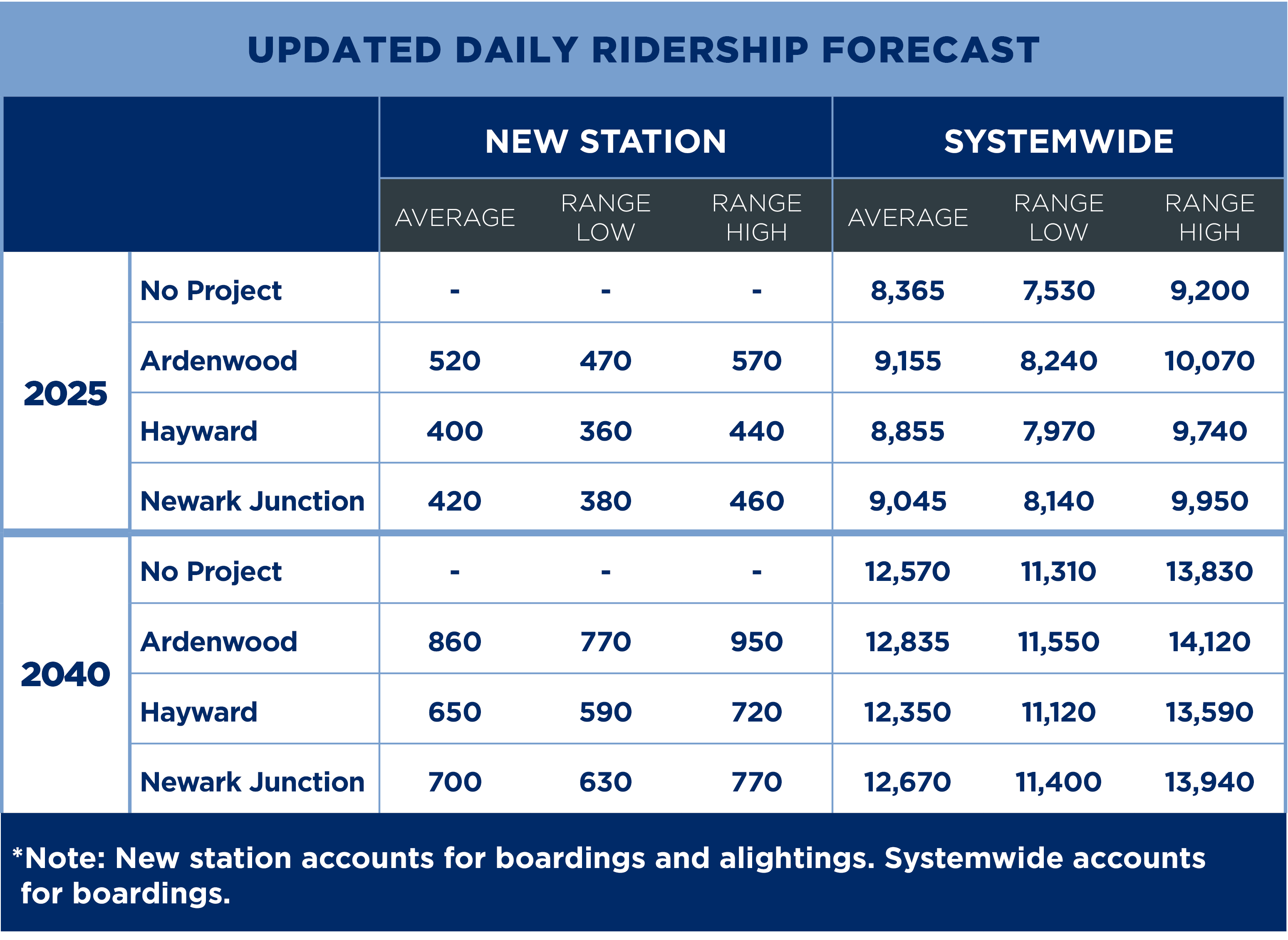 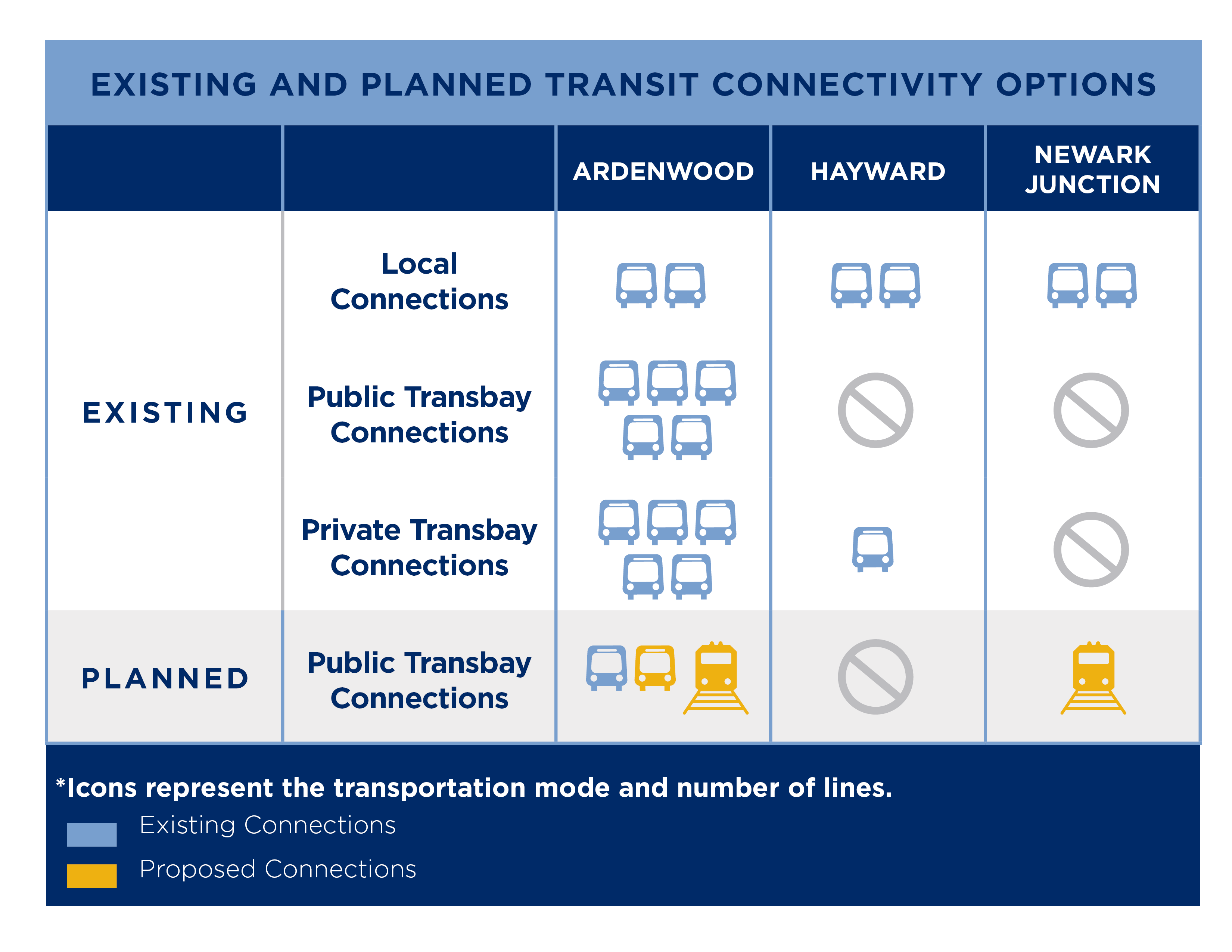 The three potential station locations were evaluated across the following scale:

+1
Unfavorable (1): Does not yield benefits and/or could impede project implementation.

+2
Neutral (2): Yields moderate benefits and/or is not expected to impede project implementation.

+3
Favorable (3): Yields significant benefits and/or would not impede project implementation. 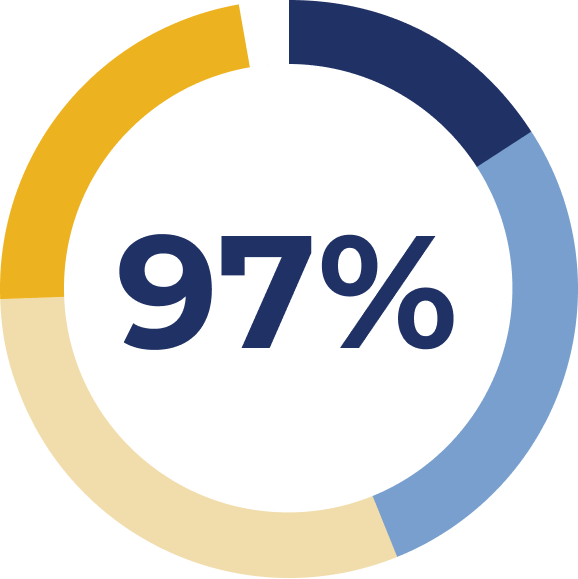 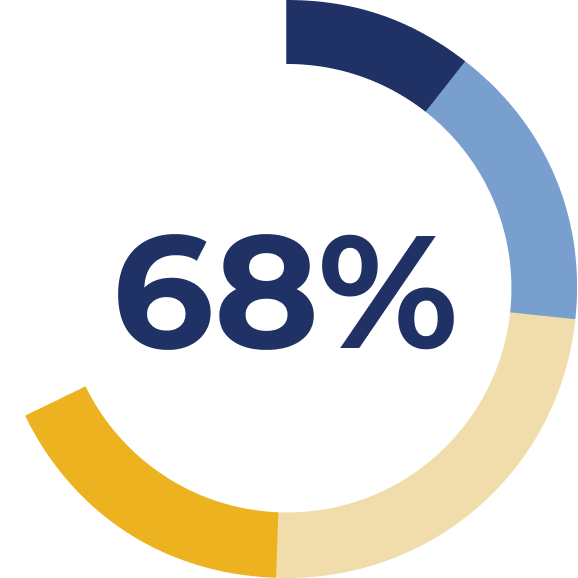 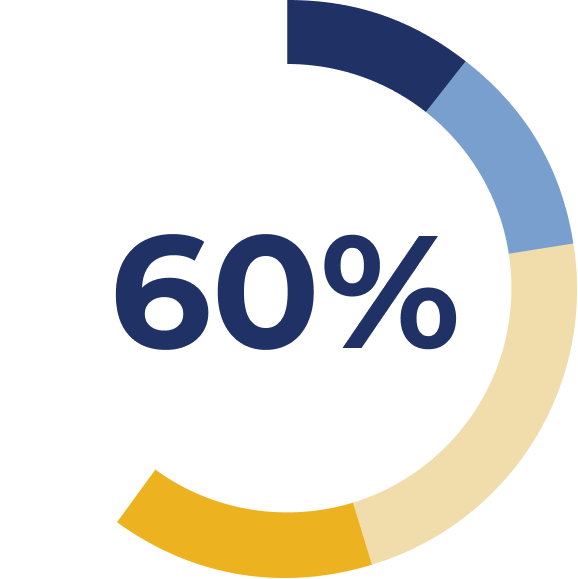 The estimated total project cost is approximately $264 million. Funding is already committed for the project’s environmental and design phases as well as over half of the estimated construction costs. 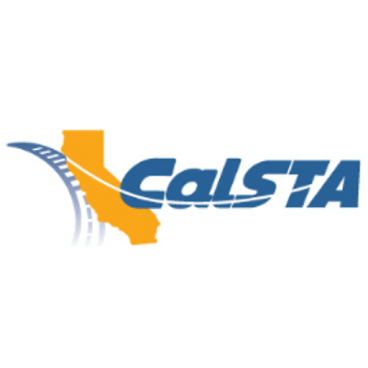 Other prospective funding sources include: 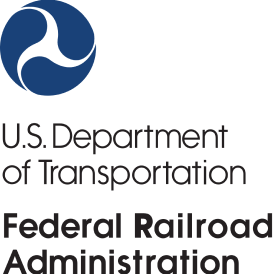 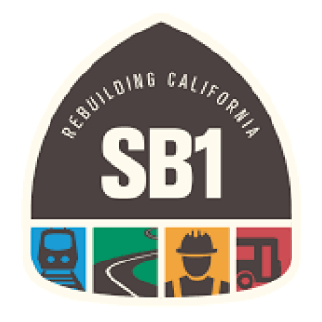 Enter your information in the fields below to sign up to receive regular updates and learn about upcoming events.